Post-Covid Shopping Behavior; What Can We Expect? 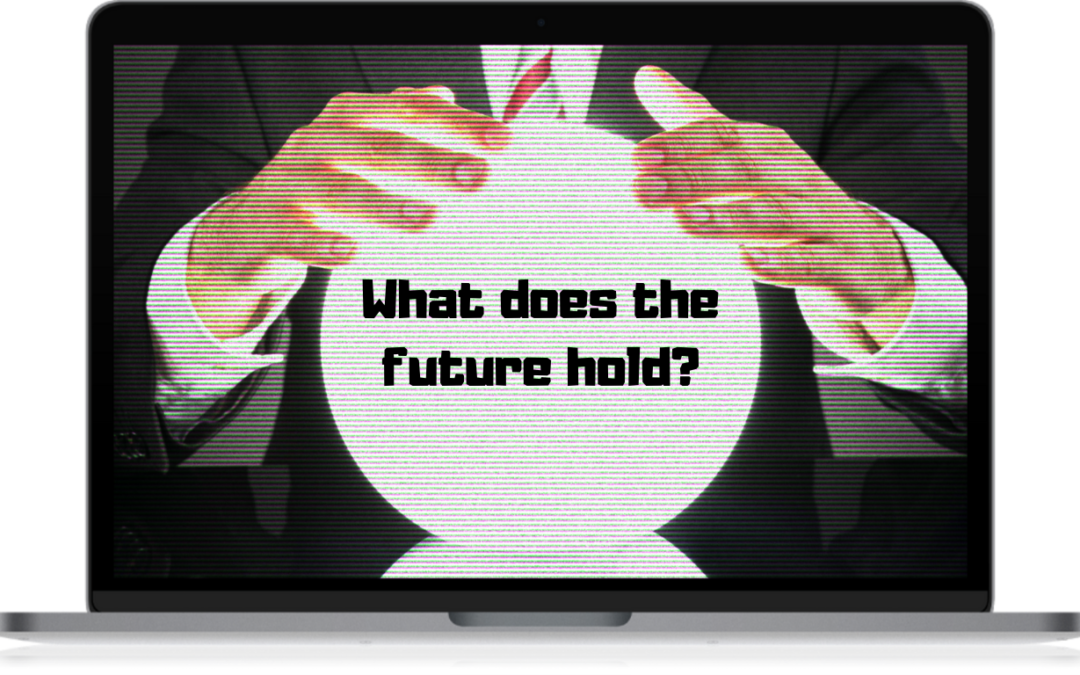 At the risk of sounding cliche, we are living in strange times. What can retailers expect to be the impact of COVID on shopping behavior? It has been decades since a global event of this scale has taken place. Some would argue that the world has never seen an event quite like Covid-19! Given that and our access to data and AI/ML, what can we say about shopping behavior post-COVID? In this article I offer some of my hypotheses based on experience, data, and what I’ve seen in the last year. Of course, only time will tell if these are actually accurate, but I figured, let’s start thinking about this as it may really impact how retailers go to market once the world has gone back to normal (well, normal in a kind of abnormal way!).

Let’s start by looking at how COVID has impacted our behaviors. It has been close to a year now since the first lockdown. When it was first announced, I don’t think anyone anticipated that the situation would drag on for as long as it did, so the response from the shopper perspective was much like reacting to a major weather event. Shoppers, and by shoppers I mean grocery shoppers emptied the shelves, stocking their pantires, garages and basements with paper goods, shelf stable beverages and packaged foods that would last them months. The panic buying crippled the supply chain which was caught totally unprepared. The mayhem that ensued was quite astounding. Retailers scrambled to get enough product on the shelves, and for some strange reason, the unsuspecting toilet tissue became the headline product and rose to fame. 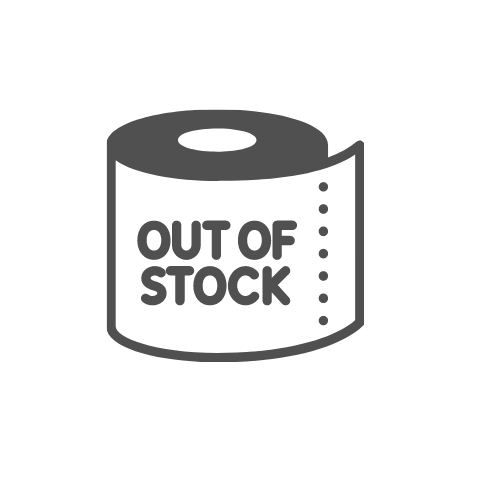 A month into the lockdown, as peoples’ stocks started dwindling and the supply chain was scrambling to figure out a way to get back to normal, there was a rising awareness of online grocery. It was as if shoppers realized for the first time that they could actually order groceries online. It was a boom for online grocery and BOPIS. As awareness grew, and more people opted to shop online due to store hour restrictions and just the sheer panic that had set in about the pandemic, ecommerce platforms came under heavy stress. Supermarket retailers that did not have an online presence were desperate to find a quick solution to ensure they didn’t lose their customers. Solutions like Instacart and ShipT and a host of other ecommerce platforms led the effort to satisfy shopper demand. Instacart, in many ways saved many supermarket retailers by ensuring that they could still have an online presence. We could argue all day if Instacart is a ‘good thing’ for traditional supermarket retailers and whether they are giving up control of the shopper by outsourcing ecommerce, but that is not the point we are making here. The fact was that a month into the pandemic, we saw the meteoric rise of online grocery. 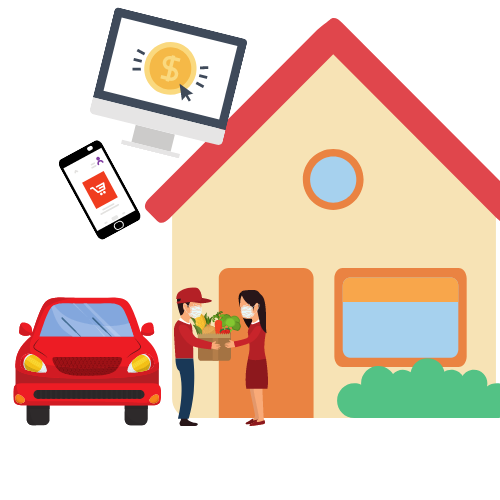 Fast forward to the end of summer, people had more or less resigned to the state of affairs and a rhythm had set in. With restaurants closed for indoor dining, and a limited selection of take outs, people were forced to cook most if not all their meals. Baking and other culinary hobbies sky-rocketed as people sought out creative solutions to their isolation and an outlet to their need for variety. There were changes in the categories that shoppers spent more money on than usual, and the adoption of online grocery continued its steady climb.

The fourth of July and Labor Day which are traditional big shopping periods didn’t see the usual bumps, but the overall increase in grocery spending more than made up for the lack of bumps that supermarkets often depend on to boost sales. While supermarkets escaped the general downturn that most other retail verticals faced by virtue of the basic necessities they provided, it also created a climate of uncertainty of what the behavior would be when things returned to normal. The uncertainty fueled the continued focus on leveraging e-commerce and the prevailing belief was that shoppers will start relying more on online shopping given the convenience. This is a thesis that is so difficult to prove given the extraneous circumstances that created the outcome. One could argue that we are social creatures and going to the market and shopping is ingrained in us. A modern replacement for the hunter gatherer culture we all descended from. While convenience and efficiency is a huge gain, does it offset the hardwired feelings we have.

Thanksgiving and Christmas seasons were strange. The gift giving and large family meals largely curtailed. People spent most of their money accumulating things for themselves rather than gifting. Pet category sales climbed as people sought company, comfort and distraction that a pet provides.

We are into the third month of the new year and almost a full twelve months since the initial lockdown. What life was before this is almost a distant memory and for decades to come, people will still be talking about 2020, the year that wasn’t! Did it do enough to change our behavior forever, or at least sufficiently enough to impact businesses as we know it? Maybe there are a few things that have become evident and in focus to the general populace.

The first is that digital shopping is not restricted to electronics, apparel and fashion. Groceries are included. Online grocery has been growing at an impressive passive over the past few years, but 2020 has catapulted the adoption several years ahead. This implies a seismic shift in dollars spent on online grocery. However, given the low margins in the industry, profitability with online grocery remains a huge concern. As its share of revenue increases, it implies a shrink in profit margins. This pressure will drive innovation and disruption and will give birth to new ways of delivering groceries to the shopper that address the profitability concern. Drone delivery? Fulfillment stations? Maybe the Argos model that is so successful in the UK? There are many exciting possibilities.

Second and maybe more important, a large portion of the population understands the value of health and wellness and there is a growing awareness that staying healthy with a strong immune system is the only true defence we have in our hands. The key to that is eating healthy food. Enter the ‘Food as Medicine’ revolution. There is absolutely nothing new about this. This is a concept that has been handed down through the ages. What this means however in our current times is that shoppers are going to be more discriminating in their choices and transparency and truth in advertising are going to become critical to grow brand loyalty. This of course also implies that when they do cook at home, they may lean towards healthy recipes and ingredients. So technologies that simplify the shopping experience that aligns with these trends will gain prominence. 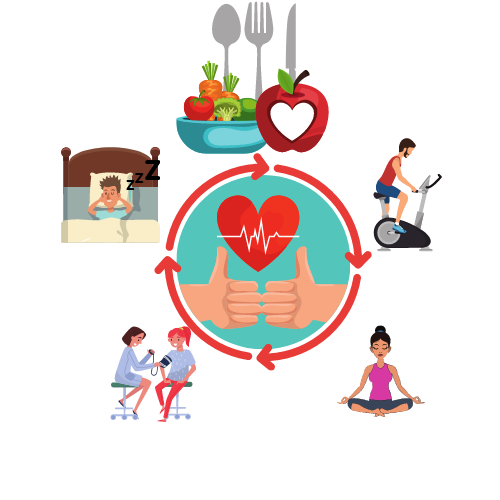 Supermarket retailers should really take this opportunity to make some landmark changes to their customer engagement ecosystems and establish themselves as wellness centers in their community. Click To Tweet

We have seen during the pandemic a huge increase in the utilization of self-checkout lanes. The reasons seem fairly obvious. Self-checkouts promote social distancing, and the user seems more in control of the flow, and the perception is it is faster. As a result, the number of self-checkout lanes has increased, which possibly increases retailer confidence and allows customers to complete their own transactions with minimal supervision and support. The implications of this are many. Fewer cashier lanes, a growing adoption of different self-checkout technologies include mobile based self-checkout, and an increase in on the floor customer service to help customers in the aisle.

Grocery Retail took center stage over the last year in most people’s lives and saw pronounced bumps in sales, unlike most other businesses. Supermarket retailers should really take this opportunity to make some landmark changes to their customer engagement ecosystems and establish themselves as wellness centers in their community. There are probably many other trends that will result from our collective experiences during the pandemic, but I will leave it to the reader to imagine what they are. The one thing that is clear is that shopper behavior will be visibly altered resulting in a host of opportunities for the discerning retailer to capitalize on.